We had the pleasure of attending the Rotary Technology Tournament on Friday 4th March.

It was a lovely event run by the Central Beds and Luton Rotary Technology club. This has not taken place in two years because of the pandemic.

We were able to invite 12 students to the event and entered 3 teams: 2 teams in the intermediate category and one team in the foundation. 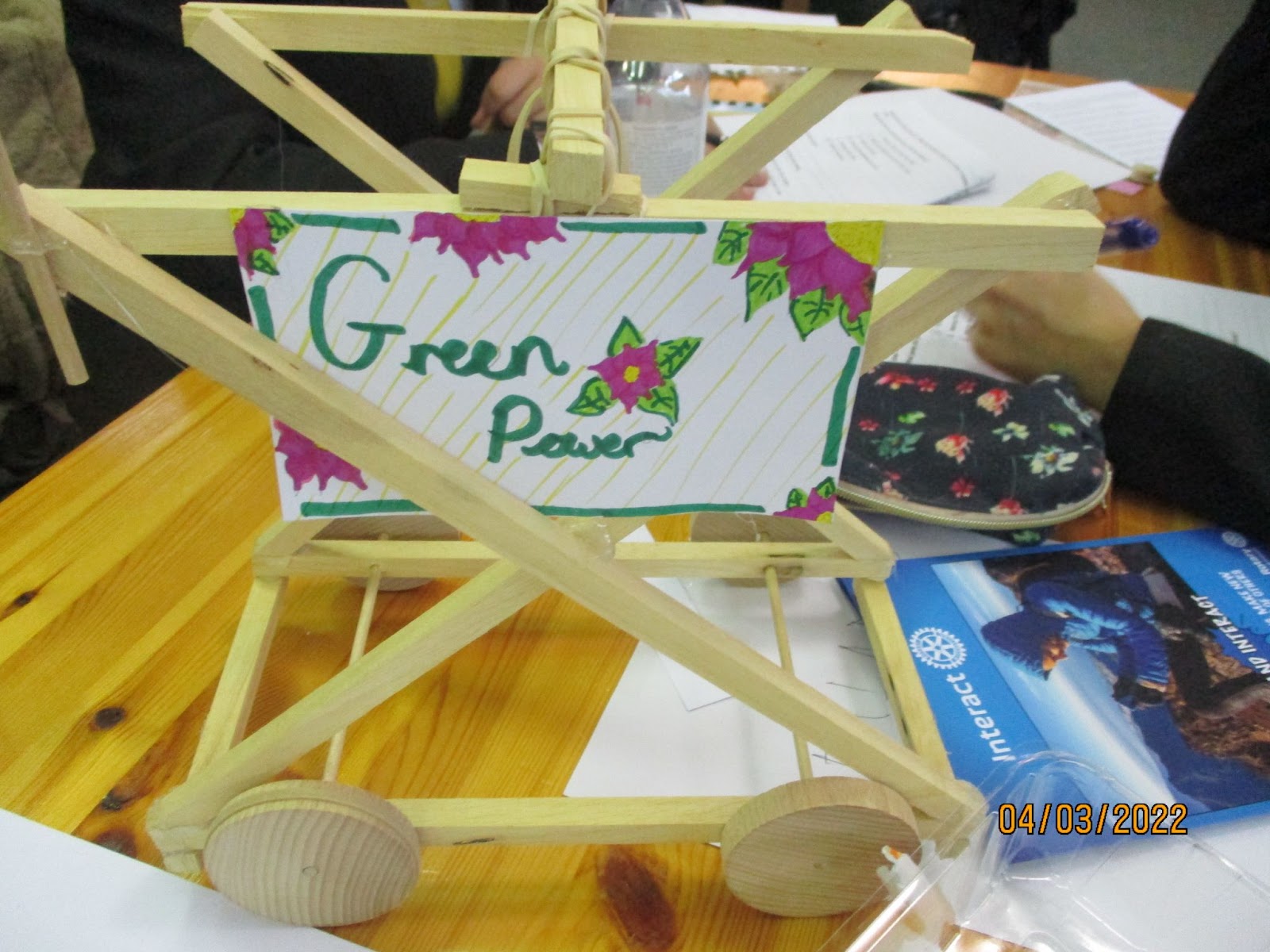 The challenge on the day was briefed to reduce pollution by designing and making a weight powered vehicle. The requirements were that the vehicle had to be able to ascend a steep ramp and continue on a straight path. The vehicle also had to feature an eco-friendly flag, which would raise when the vehicle moved.

This certainly was a challenging and exciting task our students were keen to complete. All 3 teams rose to the occasion and did exceptionally well. At the end of the day, we were

announced as the winners for all three teams! Each team was presented with a shield to bring back to school and we also won the shield for the best innovative design. We are very proud of our students as they demonstrated exactly what we as a school can achieve.

The following students are to be congratulated:

Our Students wrote about their experience:

“On Friday 4th March, I went to the Rotary Club Technology Tournament, representing Lealands’ foundation team. We had to make a vehicle that could move whilst on an incline, but the vehicle had to have a 200g weight on it. Me and the rest of the foundation team came up with the concept of using the weight as the ‘motor’ to help it move up the slope. We were experimenting with different ways to help it move. We decided to use elastic bands as when we were trying to fit the elastic bands the vehicle moved. I thoroughly enjoyed this task. I learnt that you do not need electricity to make something move and how to use everyone's ideas to make something that I have never made before”. - Natalie, Year 8.

“On Friday 4th March, we went to participate in the Technology Tournament held by the Rotary. As its name says, it’s a tournament based around technology and engineering in which multiple schools, including ours, take part in. Three teams of four from Lealands went (two intermediate and 1 foundation). The idea of the tournament was that we get given a prompt from which you must create something. This year's prompt was to design and create a ‘weight-powered vehicle’. The vehicle also had to travel up an incline. Unfortunately, you weren’t allowed to simply push a frame with wheels up to get furthest, even though it would be much simpler. Additionally, the vehicle had to have a green power advert and flag. At the start, we were given time to jot down any ideas we came up with and then make a start on the building.

Personally, I think our group struggled a bit at first with the prompt. We didn’t really understand how to make a working pulley mechanic, so we went with the idea to use the momentum of the weight to pull the vehicle upward. Our messy thought processes were evident in our portfolio (also looked through for marks towards the final results). All the teams were working pretty hard to make their vehicle go as far as it could. In the end, when it came to testing, some worked, some didn’t. Everybody put in a pretty decent amount of effort into their ideas. We impatiently waited for our results and eventually the time came. Our school managed to go home with all the awards. There were two awards for the foundation section (the wonderful team I was part of), and two awards for the intermediate section (the cool Year 10 and 11 teams).

Naturally, when you’re pressed for time to make something you don’t completely understand the concept of, you’re pretty stressed. However, personally, it was definitely worth it to be able to win every award we could have. If I were to rate the experience itself out of 10, I’d give it a 9.5. It loses 0.5 because of the slight stress and socialising aspect. But all the fun we had and how proud we were of our little vehicle definitely makes up for it. I can’t speak for the rest of my team, but I think they’d agree with that rating for the most part. We had a day out of school, the day was pretty enjoyable, the Rotary members working there were nice, and Lealands won multiple awards. I’m glad to have experienced it. - Amina, Year 9.