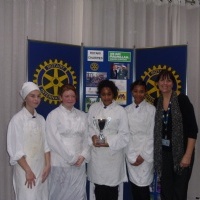 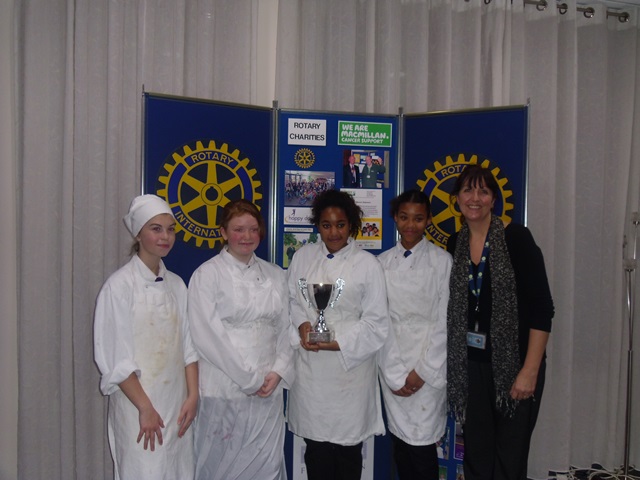 All four Year 10 catering students; Jessica Walcott, Charlotte Dean-Brown, Claire Frost and Mya Hinde did exceptionally well to emulate the success of Lealands’ students who have won the competition for the previous two years.

The event took place at Barnfield College and included 12 students from local Luton schools. The students had to design their own menus, set their own time plans and lay their own tables. Marks were awarded for the meal itself, as well as presentation, skills demonstrated and food hygiene standards.

The competitors had to prepare and cook a two course meal in an hour and a half, which then had to be presented on their tables ready for judging.

Jessica, who was awarded first place in the competition, prepared Teriyaki chicken served with egg fried rice, followed by strawberry shortcake. Her prize for winning the competition was a trophy, certificate and £30 worth of Amazon vouchers. She will now move on to the district finals which take place in February.

Charlotte, who came an extremely close second, only lost out to Jessica by half a point. She prepared traditional cottage pie, topped with a cheesy mash potato followed by chocolate brownie, served with a raspberry coulis.

Catering teacher Miss Selby commented on the achievements of her four students. “I am so proud of Jessica, Charlotte, Claire and Mya, this is an outstanding achievement and reflects all the preparation and hard work they have put in over the past few weeks, often coming to practise in their own time. Having won the competition for the previous two years, there was lots of expectation on our students, but they dealt with the pressure brilliantly and fully deserved to win. Their meals were presented beautifully and stood out amongst the competition”.